Bandwidth has been sparkling lately with ponies, an inside joke turned proto-public meme now turned synecdoche for what other people think I do.  Great.  Just to recap the hoopla, the Conference on College Composition and Communication has informally been host to a gamification of conference attendance called C’s the Day.  I know a few of the people who designed the game and fewer of those who continue to run it, and I even played it one year for the experience, although I wasn’t really the intended audience when I did so.  In a nutshell, participants who sign up are given a booklet with a series of quests split into categories such as publishing, networking, and administration.  These quests ask participants to get involved in the conference and not just sit in their hotel rooms grading or working on their dissertations in between conference sessions (although, as I recall, that might have been a quest).  Of the rewards and quest related activities are hand-crafted sparkleponies that, as Jill Morris, one of the designers of the game has said in comments, was a tweet reference a few years ago to the Celestial Steed from World of Warcraft that became a unique badge of honor.  As prizes go, unique is good.  Sure, they could give out pens or a tote bag, but we already have bins of those we never use, and a shot or pint glass is just the type of encouragement I don’t need given the point in the academic year when Cs occurs.  I like the sparklepony.  And while I find some instances of gamification problematic, this is not one of them. 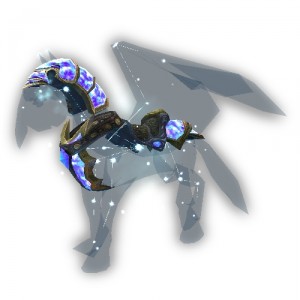 That’s some background, but I haven’t touched on the hoopla.  Well, part of it started when there was a rather positive article in the Chronicle of Higher Education by Dan Barrett about the game shortly after this year’s Cs that was followed by a lot of nasty comments and some positive comments, with the latter deleted at first and then reinstated after a day or so.  There were some Facebook posts from more than one person, some unrelated to the CHE article but still C’s the Day-related, that accumulated comments as well.  Then a cherry on top—Gawker.  Yup, the gossip site with almost a million unique daily visitors published a snarky article about the game vis-à-vis Barrett’s article that basically bashed the profession in founded ways (e.g., the proliferation of crappy job prospects) but the game in unfounded ways.  I guess I could read Adam Weinstein’s “’Sparkleponies’ Will Totally Make Humanities Professors Relevant Again” as a satirical commentary, but Gawker isn’t known for nuance, and the post itself is filed under “Bad Ideas.”

Despite my own research interests and participation as a player one year, I can call myself an outsider inasmuch I don’t have a stake in the game.  That said, I want to offer a brief reading of the concerns voiced and what amounts to a defense of its worth.

Where do you learn to do that?

I remember my first conference.  It was a regional writing center conference in 1999.  I wandered around with Carol Haviland as she introduced me to people she knew, saying nice things about me and those she introduced me to.  It is an important part of a conference, socializing (in both senses of the word).  It might be the most important part, actually.  After all, we have journals and books and listservs and blogs and social media to share scholarship, so the conceit of sitting in a room listening to somebody read of these things is a bit archaic.  At the time, I was amazed at how many people Carol knew (and knew her), and I wondered if my semi-introverted, semi-faceblind self would ever get to a place where I might do the same for a student or colleague.  About a year later, I went to my first Cs, and besides Carol, I started wandering around with other people as they introduced me to new people and new things to do and see at Cs.  Truth be told (and whatever critique you want to level at a conference of over 3,000 attendees), there is a lot to do at the Cs, most of which you will not understand on your first or even fifth attendance.  Having Carol and later others as a guide was important at the beginning, but not every attendee has a mentor willing or able to serve in that role, but more importantly motivating for the C’s the Day game, not every mentor is interested or knowledgeable about all the C’s activities.  The C’s the Day game provides a menu of things to do at the conference, and rewards those who play primarily with the experience of doing those things, and only secondarily with an arbitrary signifier.  It’s why, when I played, I wasn’t the target audience of the game (it was my tenth time attending C’s).

I hate all of you!

Of the critics (not just the cranks) who commented at CHE and elsewhere, I’m interested in two tracks.  The first is this concern that it’s somehow childish.  The second, maybe related, is that the game taints the conference and composition in general.

A few comments at CHE mentioned that the game seemed childish, Reythia writing specifically, “Seriously, this article’s idea sounds like something I’d have enjoyed in about fifth grade. I’ll pass, thanks. When at a conference, I’m too busy actually attending talks and communicating with friends and coworkers to waste time with this sort of ‘game’.”  Part of C’s the Day is encouraging the very behaviors that Reythia is concerned are not happening, but furthermore, Reythia fails to see two important issues here.  First, the act of attending a conference is itself play and leisure.  As Rebekah and I write elsewhere, the distinction that somehow there is “work” and then “play” is a false binary, especially in most academic endeavors.  Whether I’m listening to somebody talk of cell mutations, the tensile strength of new composites, or feminist critiques of Pixar movies, I’m at leisure.  I’m not actually “working.”  And even the “work” I do, commenting on student writing, designing writing activities, or talking with students, is not ever purely “work” (after all, if I didn’t find play in work, I would be pretty miserable).

As a game studies scholar, I want to also address another important element of the game and why it might “seem” childish play but really is not.  The game maps a strategy for players to shift the power relationships.  Games provide an opportunity to strategize how we achieve an end state or objective, especially those that require some trial and error.  Expert game players have complex strategies that they use and study (chess and poker are two notable examples).  Experts in things other than games have strategies as well, but more often than not they become tacit, as dominant ideologies are want to do (so they might seem clueless to others). In other words, if one wonders why there is any need for C’s the Day or even why anybody would play it, economist Michael Chwe in his PBS NewsHour recap of his book Jane Austen, Game Theorist explains it thusly:

Simply put, when people lack power (as Austen’s female characters do), they are (and need to be) more strategic in shifting power in their favor; but, for those in power, they rely on the superiority of that position.  C’s the Day is a smart way to help those new to the “game” strategize their conference experience, even if there is some trial and error and not everything goes so smoothly.

I will end with the last concern raised, and that is mainly from some in composition.  I did not read any comments from those in my field who were critical of the game per se.  Instead, the comments were worried about how we would look to others.  How might our reputations be sullied because an ARG with trading cards, sparkleponies, and an invitation to publish in a journal happens to take place during the conference?  I think we all want to say that it doesn’t matter—sticks and stones and all that—but it can matter.  For example, as much as I think academic conferences where people read their papers is odd, it is a tradition that means something to T&P committees.  However, this concern runs far deeper in scope than C’s the Day.  Composition often struggles to hold the same gravitas as other disciplines.  There are reasons (although I won’t spend time arguing those here) that composition is seen as a second tier discipline, as a house of lore, if I may invoke Stephen North.  I don’t think C’s the Day will change anyone’s opinion of composition for the worse in the sense that somebody once on the fence about what we do thinks now, well, now we are just a bunch of dilettantes, an elf wizard short of “a full-blown Dungeons and Dragons nerdfest.”  C’s the Day could be used to further affirm what the those who have made up their mind already know, much in the same way we grunt and nod our heads about our colleagues in other disciplines not knowing the first thing about teaching or that they are woefully ignorant of meaningful assessment.

So it is sort of, kind of, a concern, but I think there are more productive ways to address it than spending energy worrying.  I think for those in composition who are anxious about what effect the C’s the Day might have on our already tarnished reputation, work constructively to improve our image and not destructively as a reaction to the h8ters.  If you are teaching graduate students in the discipline, discuss social media presence and press releases for research and not just what we tend to do—fire and forget scholarship.  If you are a journal editor, package or synthesize some articles for diverse audiences and promote the heck out of your issues in outlets beyond the discipline.  And yea, I know it is thankless yeoman work already, but shutting out (or down) C’s the Day is actually going to make us look worse, like we cannot suffer a bit of critique about a smart and grounded endeavor to engage more people with what we do.

So yea, I defend the sparklepony I earned in 2012 and every future and past sparklepony. When I work hard to do right by my students, to publish meaningful and interesting scholarship, and to participate in my discipline’s community for a good but nevertheless contingent position, I will take my rewards and play where I can find them.